Light of Dawn is Now Available! 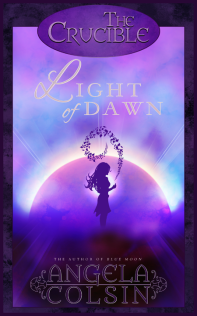 Hired to find a curse box, the draconian mercenary, Ulric Dra’Kai, is directed to seek out the human Charlotte Mulligan who’ll lead him to his ultimate goal. Expecting to get information from her with ease, Ulric instead meets a determined mortal who refuses to be intimidated—and draws him in like no other.

As that attraction grows, he comes to believe Charlotte may be his destined mate, but there’s a problem—he’s immortal, making that impossible. Answers could possibly lie in the dormant supernatural side of Charlotte’s lineage, but getting them proves difficult when vampires are out for her blood.

Charlotte thought she was an ordinary human living an average life until receiving an odd package in the mail containing a unique trinket box. Soon after, she’s attacked by vampires and swept up in a hunt by a dangerous but attractive stranger who not only reveals the truth of the supernatural world, but also informs her that she’s a part of it.

Trying to survive while her life is coming apart, a passion for the draconian protecting her sparks to life, one she has to guard her heart against when being mortal makes a union between them difficult, if not impossible.

Light of Dawn is now available for $2.99 on Amazon Kindle! Read an excerpt from this book here!