I was just on Facebook when I came across a post one of the groups I’m in put up about leaving reviews on Amazon for authors when a free ARC is received. Basically, the post was instructing reviewers not to mention where/how they received their copy of the book, and I agreed with the post. Why? Because Amazon has been known to remove reviews entirely if they don’t think the method of receiving it is “legitimate”.

In other words, according to Amazon, getting a review from a friend or family member is biased, which means their opinion on the book may not be exactly accurate. 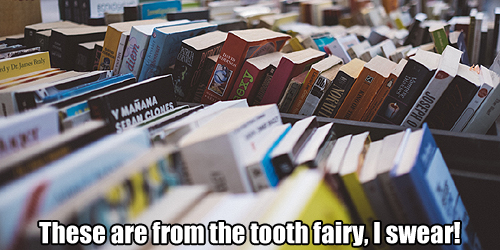 So I think this is a practice all reviewers should follow when it comes to Amazon. If you mention that you didn’t actually buy the book there, and the author gave it to you, there’s a chance they’ll think “you know” the author, as in personally, and remove whatever review you’ve left because maybe it’s biased and you’re not being fair.

I personally find this practice of Amazon’s to be questionable for more than one reason as well. I’ve seen a number of non-book related product reviews where someone would state that they received the item for free in exchange for an opinion, but as far as I know, these reviews aren’t actually removed for any reason. I’m sure there are cases where someone leaves an inappropriate review that gets taken down, but that’s an entirely different story. So why are the books being singled out? (If someone has information on this I’m not privy to, feel free to let me know in the comments!)

Also, why does it matter if the author knows the person who left the review to begin with? Sure, my mom’s biased, and might just end up calling me the next Nora Roberts or something. But what if everyone agreed with her opinion? (I should be so lucky lol). Point is, maybe she’s biased, but her opinion could still be accurate. Besides, most authors get their start by passing their books on to friends and family, or, in this day and age, reviewers on the internet, who then tell others, and so on and so forth. So basically, this makes it sound like Amazon is saying, “We’re not going to let you actually get a start unless it’s on our terms, such as running a promotion and getting lucky enough to have some random stranger leave feedback behind.”

Maybe I’m being overly dramatic here, but what does it sound like to everyone else? At its most benign, this makes it look as if the author just hasn’t had any reviews and no one’s reading their books. But at worst, it can really cripple an author’s career, and cause them to lose sales and/or the reputation needed to get them.

Please feel free to leave a comment and tell me what you think! Cheers! :D

Angela Colsin is an indie author who loves the paranormal and sci-fi genres, and considers herself a sucker for romance. Born and raised in the southern US where she now resides, writing has been a passion since a very young age. If she's not writing and plotting out stories, she's either playing video games with friends, or reading. View all posts by Angela Colsin

10 thoughts on “Reviewers; Keep your ARCs a Secret!”