It Seems I Broke KDP

I think I enjoyed writing that title a little too much … ! But before I explain myself and the horrible thing I’ve done, allow me to show something off that will lead up to what I’m talking about! 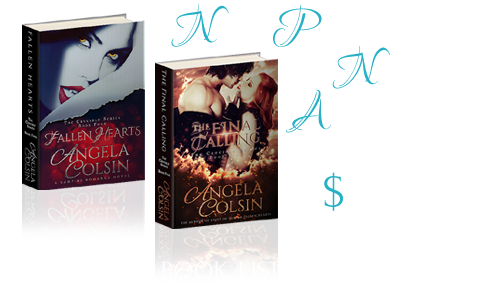 My first five books are all available in paperback now, and I do have plans to add Hunter’s Moon to the list soon! Yet, with that said, one of my books is currently stuck in a unique situation, and what it’s led up to amuses me. So! Let me explain that “Starting at $13.99” thing …

Amazon’s KDP program recently added the option to put your books out in paperback, and I decided to take advantage of it. My two most recent books, Fallen Hearts and The Final Calling, were easy enough to set up. But my first three books? Those had been on Amazon’s Createspace, meaning the process had change slightly with those titles. How so? Basically, it was a simple matter of getting KDP to pull the book’s information from Createspace, and voila! You’ve got a shiny new paperback on KDP with minimal setup to accomplish.

So, one by one, I pulled the book information from Blue Moon and Light of Dawn, both of them coming through with no problem. Now it was Strange Brew’s turn. I repeated the process, entered the book’s information needed to pull it from createspace, aaaaand …

Somehow, the book’s trim size and color options weren’t accurate, and I couldn’t change them to reflect the options I’d picked on createspace. If you’d like to see what I mean, here’s Strange Brew on Createspace now (opens in a new tab). The Trim Size is 5.5″ x 8.5″ and the Color is Black and White.

KDP was listing a 6×9 in. trim size and black print on cream paper.

There’s a few reasons I didn’t just settle on leaving these options as is. First of all, my other books are all set to the trim and color Createspace shows for Strange Brew linked above, and I want them to be uniform (I could only imagine someone ordering all five books and having them sit on a shelf with Strange Brew being just slightly bigger than the rest, and it drives me crazy, as I’m sure it would several other people).

Secondly, yeah, it drives me crazy! So I emailed technical support about the issue–and might I mention, the first response I got ignored the problem entirely.

I detailed the issue, providing all the information I just gave here, and the first representative came back and said, “Since our system detected that you’ve selected the option “previously published on CreateSpace,” you won’t be able to change the trim size or the Interior & paper type.”

Okay, I understand that part, so what do I do to fix the matter? I read on and … “You can either leave the trim size and paper type as is to match the setting which were pulled through from CreateSpace and proceed, or you can submit the book as a new submission by creating a new book file, as this will allow for all options to be editable.”

Please note the part in red. This was completely ignoring that the information pulled through was not what Createspace listed, and I was pretty annoyed that the actual problem was being ignored. (Additionally, I tried the second option they listed to create a new book file, but ISBN conflicts didn’t allow that).

So I sent another message, stating that the response I’d received hadn’t addressed the issues, and I detailed the problem once more. Thankfully, the second representative has been much more helpful, responding that she was going to escalate the matter to their technical team to have it fixed.

I received this response last Wednesday (Nov. 30th), and just today, I got another message with an apology stating that the technical team needs more time to solve the issue.

So apparently, I broke KDP! Or Strange Brew did. I’ll just take that as a sign that my story is too hot for any press to handle :D

Anyway, and long story short, all of my paperbacks are currently $13.99, except Strange Brew, which will be $17.00 for just a while longer.

One thought on “It Seems I Broke KDP”

Manga reviews, guides to buying stuff from Japan and more.