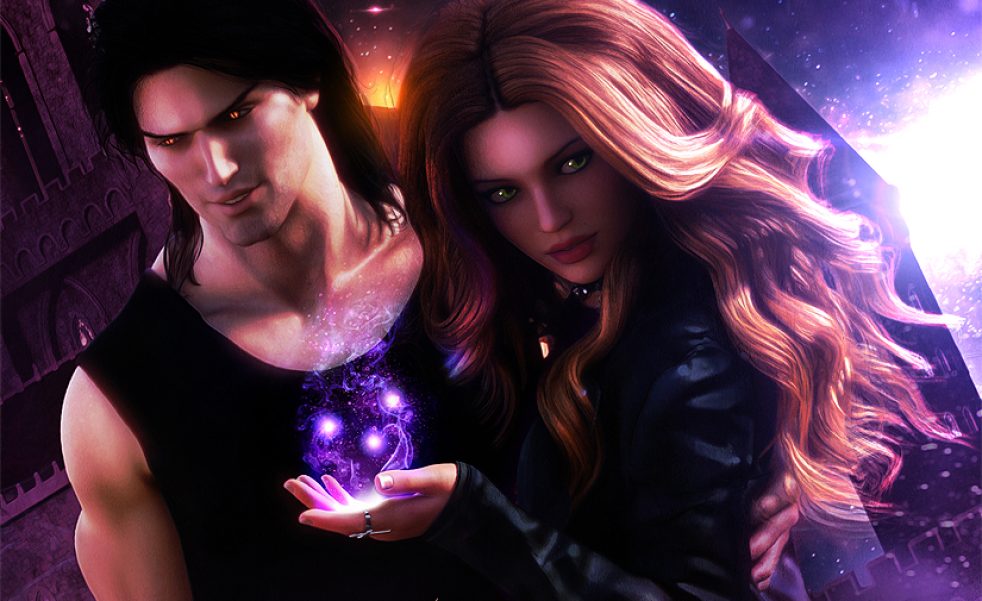 I found myself considering this question the other day (pretty much at random, I’ll admit), and in the process of considering it, I recalled some things from my youth that I used to believe about romance stories. I’ve always been fascinated with romances, though I didn’t really start reading them steadily until I was around 15 years old. Naturally, at that age, I was completely enthralled. The idea of two people finding love together and having a companionship that extends beyond just romance was simply heartwarming, breathtaking, and all those other words that can describe a starstruck reader’s reaction.

So I was certainly a fan of them, and considering I’d wanted to write my own books since I was 9, yeeeeah … ! You can imagine what my writing focus quickly became centered on.

But romance wasn’t actually my first choice, believe it or not. The very first story I ever came up with an idea for was a contemporary science fiction thriller about aliens and this poor girl named Joani they end up terrorizing (and again, I was only 9 years old. I’m trying to figure out what inspired such a tale, but to be honest, I have no idea!). A few years later, the movie Jurassic Park came out, and when I learned that was an adaptation of a Micheal Crichton book, I was stunned, and didn’t hesitate to borrow it from our city library the first chance I got.

I didn’t get a chance to read the entire book sadly, but I recalled noting the differences between the story and the movie, and trying to make up my mind which version I liked better. I also remembered thinking “I can do this!”, though naturally, I never got around to trying (yay school and homework and being too young to know how to buckle down blah!).

Now, fast forward a few more years to that new fixation I’d developed with romance stories. In my heart of hearts, I truly wanted to write those types of books, the kind where, even though bad things happen, there’s a message of hope to be found, and two people pull through it all to be together. I liked those messages of hope, love, and even faith, and I’ve always tried to keep them close to home (though I may have failed at times).

But I distinctly recalled thinking I’ve never be very successful if I wrote romances, or at least, the acclaim would be negligible in comparison to other genres I could write for–and there would certainly never be a movie made about one of my books. For the life of me, I couldn’t even imagine what a romance novel would look like on the big screen, or even the small one in my living room. “No one cares about romances, they’re just silly little stories that people read, but no one ever talks about.”

That was seriously my attitude on the prospect, and it’s one of the reasons I didn’t start writing romance full time until I was in my late twenties.

Keep in mind, this was the mid 90s when the internet was in its infancy, and I literally knew no one else who had a love of romance novels like I did. Well, I did end up meeting someone I suckered into reading a few of my favorites, but she was just as clueless about the romance fan base and how wrong that opinion was as I.

I think this opinion in itself says a hell of a lot about the general perception of romance and how this genre really isn’t given the kind of respect it deserves. So would it make a good movie after all? Or a good series? As I’ve grown and learned, I’ve come to realize I was a terrible internal misogynist in my youth, and that hell yes, romance stories make excellent source material for such media! I mean there are quite a few available already, including some I wasn’t even aware of in my youth.

Yet, as I think back on it, I come to realize I really regret having those types of attitudes if only because my writing career might’ve gotten started years earlier if I’d respected my own favorite genre the way it deserves. Still, I’ve made progress. Just the other day, I was randomly messaged by another author who apparently writes a lot of sci-fi, and is going to publish their first book soon. I didn’t hesitate to respond that I’m a paranormal romance writer with my 7th book slated to release in a few months, and that sci-fi was one of my favorite genres (though I’ll admit, I tend to prefer watching sci-fi to reading it).

I haven’t gotten a response yet, but I was glad to tell someone what genre I publish in and not feel any shame about it.

Angela Colsin is an indie author who loves the paranormal and sci-fi genres, and considers herself a sucker for romance. Born and raised in the southern US where she now resides, writing has been a passion since a very young age. If she's not writing and plotting out stories, she's either playing video games with friends, or reading. View all posts by Angela Colsin