Cast Into Shadow Delayed for Publishing

As much as it breaks my heart to do so, I wanted to offer some notice that I won’t be able to publish Cast Into Shadow in December as I’d wanted. Currently, it’s starting to look more like this book won’t be out until sometime in January (or possibly February depending on circumstances). I also wanted to offer some (potentially vague) reasons for the delay.

I’d posted some hiatuses up on my social media accounts a few months ago because things in my personal life simply aren’t great right now. Basically, I’d promised to be around, but probably not as active as normal, and if you take a look at the dates on my previous posts here, you’ll see that’s pretty much what I’ve done. Currently, I’m most active on my tumblr blog, which honestly isn’t saying too much when it’s easy to simply scroll down the page and reblog a post of interest from time to time.

I wish I could say more about what’s going on, but a good bit of it is private. Health issues (both my own and those concerning family) have been up in the air, as well as financial burdens which have been taking a huge toll. Due to the inconveniences these issues have caused, it’s been hard for me to write as much as I would like, and Cast Into Shadow has fallen behind in productivity.

That said, I do have most of the story written out and prepared for final edits, which I’ll start working on in the next week or two, and as much as it saddens me that I won’t be able to publish this book as soon as I’d wanted, I’m not skimping on the quality of the story just to have something ready sooner rather than later. The people who enjoy my books deserve the best story I can possibly craft, and no matter what, I’m going to put as much effort in this story as I can.

So I really do apologize to anyone who’s been waiting for this book, and I hope you can understand! I do, however, have something on a higher note to post about, which I’ll get around to in the next week, so keep your eyes peeled! :) 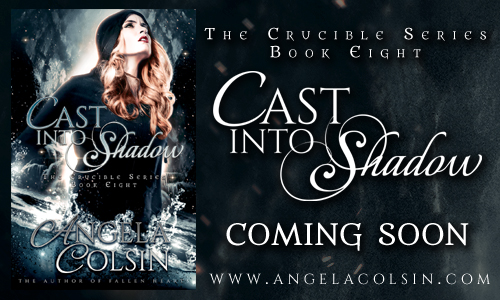 Welcome to my Life. As I turn Everyday into a Holiday -