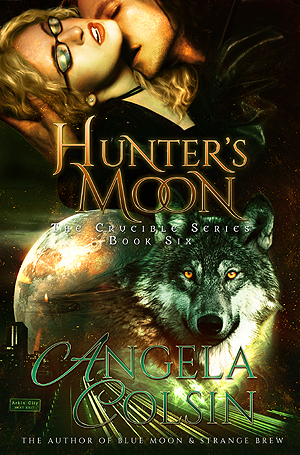 Caleb Hodgins is a lupine known to the Arkin City Pack as an easy going wolf with a carefree attitude. But after tragedy strikes because of what he is, he’s left with a painful secret and the weight of grief hanging on his shoulders. Such heartache causes Caleb to swear he’ll never seek companionship with a human woman again, and it’s a plan that works well enough—until Emily Sterling comes to town.

When presented with the opportunity to take a long sought job in Arkin City, Emily quickly accepts, moving halfway across the country to live next door to her childhood friend, Joslyn Santiago-Hodgins. After years of keeping in touch long distance, she finally meets the people in Joslyn’s life, and finds everyone easy to fit in with—that is, everyone except Joslyn’s brother-in-law, Caleb.

Emily has no idea why he’s so put off by her, and his dismissive behaviors become increasingly disappointing as her attraction to him turns into undeniable interest. Yet she also doesn’t realize just how quickly her fun loving attitude and playful wit draws Caleb in, reminding him of his painful secret and his drive to prevent history from repeating itself.

But a case of missing lupines sweeping the southern states may put Emily in danger simply by her unwitting association with the Arkin City Pack, giving Caleb more than one reason to protect her. In the process, the gears of bonding start to turn, and there’s nothing he can do to stop it, forcing him to face his fear of revealing the truth about what he is, and risk losing Emily for good. 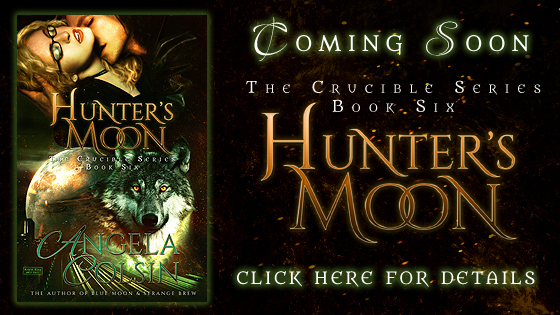 I think I’d already made a few comments on this book in a previous post, but we’re returning to the Arkin City Pack of lupines! I’ve been hankering to make this reveal for a few weeks now, and I’ve felt strangely sentimental writing this story so far (probably because Blue Moon is my first book, and it’ll always have a special place for more reasons than anyone knows!). But in any case, I’ll provide some excerpts as soon as they’re available (this book is still early into the writing process, so sadly, it won’t be any time soon) and keep everyone updated on my progress! :D

BONUS SALE! From now until July 31st, you can get all books in The Crucible Series from 50%-75% off from smashwords! Check it out!